Home - Healthy living - Could you eat 30 plant-based foods a week?

Could you eat 30 plant-based foods a week? 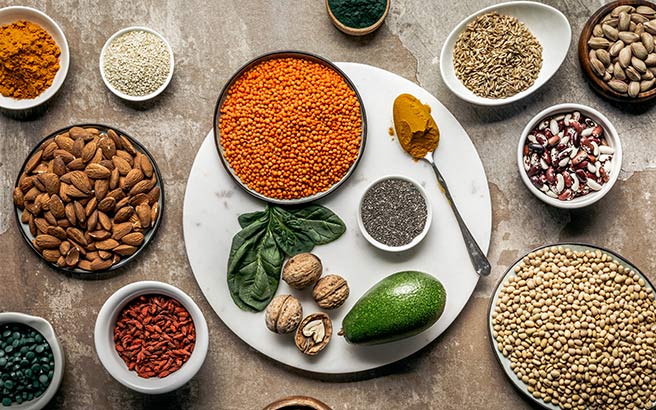 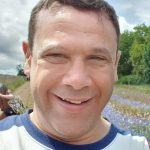 Researchers at the American Gut Project found that people who ate more than 30 different plant foods each week had a more diverse gut microbiome compared with those who ate 10 or fewer.

The research also showed that people who hit the 30 mark had more bacteria that produce something called short chain fatty acids. And these fatty acids have been shown to reduce your risk of bowel cancer. At World Cancer Research Fund, we have strong evidence that plant-based foods decrease the risk of other cancers, which is why one of our Cancer Prevention Recommendations is to enjoy more grains, vegetables, fruit and beans.

But just how difficult is it to eat 30 plant foods a week? I tried it out for a month to see…

What counts as a plant food?

This was the first thing to get my head round. 5 A DAY is pretty straightforward – we all understand fruit and vegetables – but this is a slightly different proposition.

Now I understood which foods were eligible under the American Gut Project study. Where this challenge differs from the 5 A DAY recommendations is that each item only counts once in the week. As soon as you eat that apple on a Monday, you can’t count it again till the 7 days are up.

I tracked my food using a simple spreadsheet – writing each new food down per day and then adding each day’s total up, keeping a running total over each 7-day period.

What was I expecting?

I think I have a fairly healthy diet. I may be prone to the odd packet of crisps or bar of chocolate, but it’s a rare day when I don’t eat more than five portions of fruit and veg.

Although I eat meat, it’s usually restricted to an evening meal, and even then, not every day. Plus, we don’t tend to eat white carbs very much at home either, so I figured I’d hit the 30 a week quite easily.

The first thing to note is that during the first couple of days of the week, you really rack up the variety, but it can quickly tail off over the following days.

In my first week, by Wednesday, I’d already eaten 18 different foods, ranging from banana and blueberries, through kale and olives, to tinned pears and wholemeal bread.

But that’s when it started to get difficult. I usually batch cook my weekday lunches to make life easy, which means I’m less likely to buy something unhealthy. But for this challenge that’s not necessarily a plus, because it means I don’t get much variety for that meal across 7 days.

On Thursday week 1, I only added two new foods – tenderstem broccoli and brown rice – and I realised I was going to struggle to hit 30. So I sort of cheated. The next day I bought a veg-packed slaw pot to supplement my lunch, which gave me 6.5 (two herbs made up the half) new food types for the week.

That helped me get over the line, meaning in week 1 I ate 30.5 different plant foods. I did it!

It also inspired me to continue the experiment for a further full month, just to see if that week was a one-off, and also not think too hard about my meals and what I was eating.

And by the end of the month, I discovered that I do eat 30 different plant-based foods a week regularly.

How did the challenge change my eating habits?

Even as someone who eats pretty healthily, it made me consider the variety of my diet. It definitely focused my mind on avoiding crisps and chocolate, and supplementing them with fruit or vegetables where possible.

It wasn’t a hard sell to ensure my mid-morning snack was carrot sticks, instead of salt & vinegar chipsticks.

Similarly, eating fruit and yoghurt after dinner, instead of something more processed and calorie-laden, was a nice way to end the day.

It’s undeniable that eating a varied diet is good for you. Quite aside from the health benefits of all those different vitamins, minerals, flavonoids and antioxidants, the enjoyment of trying different things regularly avoids mealtimes getting stale.

What I was conscious of, though, was the expense of eating so many different varieties of food. The cost of buying all that fruit and veg mounts up quickly.

One solution – in the long term – is buying frozen to make food last longer, or using tinned products. You could also check out food sharing services in your area.

Sometimes it also comes down to finding a bit of inspiration, and our recipes site can really help. We have more than 200 recipes, many of which use a variety of plant-based foods – including ones you may be less sure about how to cook, such as chickpeas, cabbages and fennel.

Men: it’s time to get serious about our health
England’s National Food Strategy: tackling inequality and helping the environment
Healthy vegetarian recipes
What is a portion of fruit and vegetables?
What does a healthy portion look like?