Veganuary: what you need to know if you’re going vegan 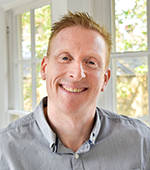 Our nutritionist, Matt Lambert, takes a look at Veganuary; what it means, whether it’s really healthier and what nutrients you need to be more mindful of.

January marks ‘Veganuary’, the month of the year which encourages people to try going vegan. During last year’s Veganuary, more than 250,000 people took part – over a 70% increase from 2017. With the move to become vegan increasing, supermarkets and restaurants have reacted. It’s important to be aware that just because a food is labelled as ‘vegan’ it doesn’t necessarily mean it’s healthy; some vegan foods are highly processed and can be high in added sugar and salt.

If you have decided to take part in Veganuary you will likely be eating differently to your usual diet. Whether you choose to stick to it or not, one thing it will hopefully do is encourage you to eat more fruit, vegetables, wholegrains and pulses, all things that are part of a healthy diet. If you are typically someone who eats more than three portions of red meat a week and any processed meat then it’ll have the added bonus of helping you cut down.

What is a vegan diet?

A vegan diet involves cutting out ALL food made from animals, such as meat (including fish, shellfish and insects), dairy, eggs and honey – as well as avoiding any animal-derived ingredients.

Are there health benefits to going vegan?

People choose to go vegan for several reasons, one of those, that is hotly debated, is its reported health benefits. However, the evidence for vegan diets on our health is limited – despite what certain influencers may tell you! What we do know is that eating more fruit, vegetables, pulses and wholegrains and eating less than three portions of red meat and no processed meat can reduce the risk of cancer and can also be better for our planet.

Can everyone go vegan?

There may be some groups where a vegan diet may not be suitable in the first place, such as the young or the elderly. This is because they can have higher requirements for energy, certain nutrients, and for the elderly, protein – all factors that can be more of a concern on a poorly planned vegan diet.

How to get the nutrients you need

While a well-planned vegan diet can be nutritious and healthy, it is also possible to follow a vegan diet badly. This is because you could be cutting out many important nutrients from your diet. Therefore, it is important to make sure any animal products are replaced with healthy alternatives from a wide variety of foods.

For those who have decided to go vegan for the month, there are certain nutrients where adequate levels of intake can be harder to achieve (compared with one that contains animal products). These are:

Do I need to take supplements on a vegan diet?

While there may be some nutrients that are harder to get on a vegan diet, your healthcare professional will be best placed to advise you as to whether you need to take any certain supplements or not.

Is a vegan diet better for our health?

The answer to this is no. Simply removing meat and other animal products from an otherwise typical ‘western-type’ diet without consideration of the overall balance of the diet may compromise its nutritional adequacy. What we can say is that eating more plant-based food such as fruit, vegetables, wholegrains and pulses is good for our health. Even if someone doesn’t go fully vegan, reducing our meat consumption and having meat-free days is a good thing to do – for us and the planet.

Want to get some inspiration on what to cook? Then why not try some our delicious recipes below:

Make sure you look for stocks that are suitable for vegans and use soya or oat cream where required.

Mood food: eating to stay healthy and happy
Are you being served … too much?
Should I take vitamin D if I have breast cancer or have had breast cancer?
Should I take dietary supplements during cancer treatment?
Exercise: always a pleasure, never a chore?