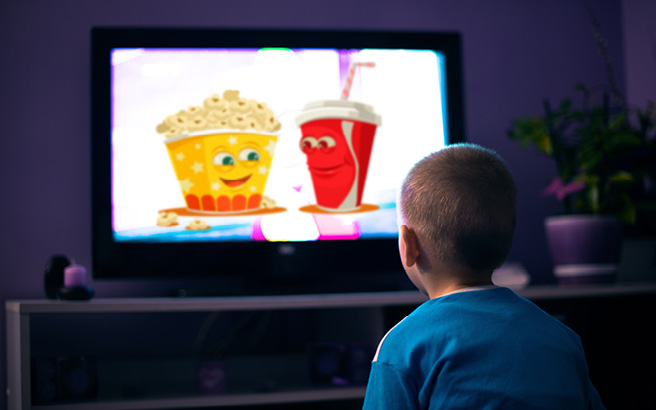 Kate Allen, our Executive Director of Science and Public Affairs, looks at the government’s new plans to tackle obesity that were announced today.

We are very pleased that the government has announced a new drive to tackle obesity in the UK. We know that our obesogenic environments nudge us towards unhealthy choices – through adverts, cheap junk food, and less-active transport – and it’s the government’s responsibility to help level the playing field by making the healthy choices the easy choices.

What are in the plans?

The new plans announced include a 9pm watershed on junk food ads on TV and online. This means that foods high in fat, salt or sugar (HFSS) – also known as junk food – cannot be advertised in the day, and can only be shown after 9pm. This is similar to the TV programme watershed, where adult content is shown after 9pm as this is when most children have gone to bed. A 9pm watershed on junk food ads means that less children will be exposed to the marketing of unhealthy products.

What are the links between obesity and COVID-19?

Marketing affects children’s preferences and eating habits, so the less ads they see for unhealthy food, the less of it they will eat – research shows that seeing just 4.4 minutes of food advertising is associated with children eating 60 more calories a day, which over time can lead them to put on weight. At the moment, 1 in 5 children are overweight or obese when they start primary school and 1 in 3 when they leave, so helping children to develop healthy habits around diet is really important. Overweight or obese children are more likely to be overweight or obese adults, increasing their risk of at least 12 different types of cancer. The marketing and food industry will likely oppose the 9pm watershed – citing arguments such as a negative economic impact. But the £200 million that has been quoted as being lost in ad revenue is really nothing compared with the £5.8 billion TV advertising and £13.4 billion online advertising is worth. Better yet, companies can reformulate their products to make them healthier so that they can advertise them, or simply advertise a product that is already healthier. In fact, Transport for London actually saw advertising revenues increase after they banned HFSS advertising in 2019.

The proposed plans also include restrictions on multi-buy and location promotions of HFSS in retailers and online – this means banning buy-one-get-one free (BOGOF) offers on unhealthy food. These offers don’t actually save families money in the long-run, instead they just encourage us to eat more, so restricting them will not harm the consumer and are a welcome inclusion. Another announcement is mandatory calorie labelling in large out-of-home outlets, such as restaurants or takeaways. And there will also be a consultation on front-of-pack food labels.

Part of the government’s plan is a new public health campaign. While this initiative may have good intentions – to raise awareness of the risks of overweight and obesity ­– research has consistently shown that knowledge alone is not enough to make people change their behaviour. We need an approach that covers all the ways we are nudged towards unhealthy choices, which is why it’s good that the plans announced today are multifaceted and tackle obesity from a number of angles.

Overall, this is a great step in the right direction. Now these plans need to be implemented soon, and attempts by the food industry to water them down or block them altogether countered. As a society, we can’t let profits continue to be prioritised over the health of our children.

How can the government reduce alcohol harm in the UK?
England’s National Food Strategy: tackling inequality and helping the environment
How does the Eatwell Guide differ from the eatwell plate?
How can governments help people to be healthier?
How has health messaging changed over the last 30 years?