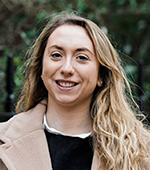 Maxine Lenza, our Press and Communications Officer, shares the highlights of our new skin cancer report.

Obesity is a cause of at least 12 different types of cancer. But apparently skin cancer is not one of them. The latest World Cancer Research Fund (WCRF) report reveals that the sun is still the number one cause of skin cancer. Other causes include greater adult attained height, drinking water contaminated with arsenic and possibly even alcohol! But not featured on the list is obesity. So why is it that many Brits still consider a tan a desirable thing to have?

Before I go any further, let’s recap how the sun causes skin cancer. UV radiation in sunlight damages the DNA in our skin cells. This damage can cause the skin cells to replicate unnaturally and uncontrollably, which leads to abnormal growths and eventually to cancer. There are two main types of skin cancer: melanoma and non-melanoma.

So, it shouldn’t come as a surprise that skin cancer rates are highest in Australia – a sunshine land close to the equator and the hole in the Earth’s ozone layer that caused more UV radiation to reach us. This means that the increased level of sunlight (and therefore UV radiation) Australians are exposed to is of a higher intensity. Plus historical migration means that lots of pale-skinned Europeans live in Australia, instead of the indigenous people whose skin was well-adapted to the harsher sunlight.

Norway, Denmark, the Netherlands and Sweden come in at third to sixth, most likely due to the naturally lighter skin of the people who live there, which is more susceptible to skin cancer.

But good news for coffee fiends, we did find some evidence suggesting that drinking coffee reduces the risk of skin cancer. But before you start throwing back espresso shots for cancer prevention, our scientists tell me that the evidence is not strong enough to make a recommendation – all of our Cancer Prevention Recommendations are based on only the strongest evidence.

While it’s possible that future research will reveal a link between obesity and skin cancer, the evidence currently isn’t there. So, the most important thing you can do to reduce your risk of skin cancer is to cover up in the sun! Yes it’s boring advice and applying sun cream is a hassle, which even the most diligent of us can forget sometimes – but it’s worth it! As part of my job I speak to people living with cancer, including skin cancer, and they all tell me the same thing: “I’m now so careful in the sun whereas I wasn’t before”. Don’t wait for a cancer diagnosis to start being more sensible in the sun.