Home - Healthy living - New ways to have fun – without going to the pub!

New ways to have fun – without going to the pub! 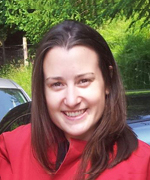 Like so many people, drinking alcohol used to be the main way I socialised. I’d meet up with friends in the pub during the week over a glass of wine or two and went out drinking most weekend nights.

It was a busy year – I started some exciting training at work as well as a part-time master’s degree and I split up with my partner.

I wanted to be clear-headed for all my studying as well as become healthier and have a more positive outlook on life.

So I stopped drinking.

During my five months without alcohol, I saw real changes in my life. Apart from all the money I saved, not drinking gave me an incredible boost of energy and I slept better too. My skin also looked amazing and I felt clear-headed and sparky every day.

Instead of drinking with my friend Laura, we started indoor climbing once a week.

It’s much more fun than sitting in a pub, and afterwards we can still have a good catch-up (over a cup of tea, of course!). I feel like I’ve really achieved something while still having fun with friends.

I also started running again with a group of friends. We run and chat, discussing our disastrous love lives just as we would over a beer, but with amazing health benefits. I’m lucky to live only 20 minutes away from the Peak District, so I can also go walking there at the weekend.

I never thought that by not drinking I’d start all these new activities. They’ve given me a new lease of life and made me feel so much happier and fitter. For my birthday this year, my friends and I went for a walk and then a climb. It was a great change from going to the pub!

It’s not easy to stop drinking. People often try to break your willpower – alcohol has become so ingrained in our society that if you’re not drinking alcohol it doesn’t seem normal to some people. However, I’m proof that it is possible to stop – for a while at least!

Using an awareness month such as Dry January is a great way to ward off people who push you to drink and also get them to donate some money to charity at the same time.

And you can still go the pub if that’s what you want. One of my tricks is not to tell anyone that I’ve stopped drinking and order my own drinks. I ask the barman for some apple juice in a wine glass topped up with a little water – it might not taste like white wine, but it certainly looks like it!

Although I have started drinking again, I drink less than I did and I still do all the different hobbies I started when I wasn’t drinking.

So, even if you don’t stop drinking forever, a temporary break from the booze gives you a real energy boost and is a great way to figure out what you actually enjoy doing with your time.

After discovering the fun of climbing, walking and running, who knows where I’ll be spending next year’s birthday?

There are lots of good health reasons for cutting down on alcohol – and reducing your cancer risk is one of them. For some extra help, sign up for Dry January and raise money for World Cancer Research Fund at the same time!