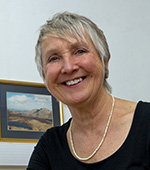 Rates of cancers of the mouth are increasing worldwide due to an increase in those cancers that are linked to a sexually transmitted infection called human papillomavirus (HPV).

It is well-known that HPV infection can cause cervical cancer, but it can also increase the risk of other cancers including cancers of the mouth.

There is some evidence that diet, including the intake of folate (a vitamin found in a wide range of foods including leafy green vegetables, fruits and nuts) may influence not only how readily a person becomes infected with HPV, but also how quickly that person gets rid of the virus after infection. It is therefore possible that folate consumption influences the risk of developing HPV-linked cancers.

The aim of the research

We carried out an investigation into the prevalence of HPV infection in the mouth of adults in Sheffield, and explored whether infection is associated with measures of dietary intake of folate and other nutrients that behave in a similar way. We also developed a system to allow us to examine in the laboratory whether a lack of these nutrients in mouth cancer cells affects the way the cancer cells behave.

How the study was carried out

700 men and women were recruited to the study, all of whom provided a small blood sample and samples of mouth cells, for the detection of HPV infection and the measurement of nutrients.

What did we find?

It was found that 2.1 per cent had an oral infection with HPV, similar to recent findings from other countries, and that infected people were more likely to be male, be a past or current smoker, and have had a greater number of oral sexual partners.

However, when we then grew mouth cancer cells in the laboratory in lower amounts than usual of folate-like nutrients, we found that the cells behaved differently from normal. These cells were less aggressive – they grew more slowly and were less able to migrate from one place to another. They were also more likely to die by a safe, controlled process of death (known as ‘apoptosis’).

Our findings are important because they suggest that factors in our diet can influence the aggressiveness of mouth cancers and perhaps influence whether cancer cells spread from one part of the body to another.

Hilary Powers is Professor of Nutritional Biochemistry in the Human Nutrition Unit of the University of Sheffield’s Department of Oncology and Metabolism. Her research into the possible link between diet and HPV infection in the mouth, and consequently that person’s risk of cancer, is funded by World Cancer Research Fund.

Learn more about reducing your risk of mouth and throat cancer.