Brazil nuts – here’s something you may not know 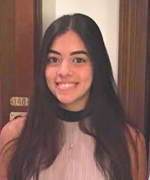 Sol is a former volunteer intern in World Cancer Research Fund’s Communications team. She is currently studying International Relations at the School of Oriental and African Studies in London.

A mineral found in Brazil nuts may play a role in the prevention of prostate cancer progression, a study funded by World Cancer Research Fund has found.

The study, led by Dr Dieuwertje Kok from the Netherlands, found that having enough of this mineral – known as selenium – in your diet can reduce the risk of prostate cancer progressing to become advanced prostate cancer.

Selenium is a trace element that the human body can’t produce by itself.

However, it is vital for the proper functioning of the immune system and a range of enzymes and hormones.

What did the research find?

This research might suggest that people who currently do not have enough selenium in their diet could benefit from consuming more foods, such as Brazil nuts and fish, that include selenium.

The scientists also found that selenium could have an anti-inflammatory effect in the prostate as well as having a role in the healing of wounds.

Why is this research important?

Our Director of Research Funding Dr. Panagiota Mitrou said: “This interesting project has uncovered many new mechanisms for how selenium could affect prostate cancer progression.

“Previously it was thought that selenium was only involved in prostate cancer development.

“It would be interesting to see future research confirming how selenium affects prostate cancer progression.”

Prostate cancer is the most common cancer in men in the UK, with over 48,500 new cases diagnosed each year. Scientists estimate that one in 11 cases of advanced prostate cancer could be prevented by maintaining a healthy weight.

One Cancer Voice letter to The Secretary of State for Health & Social Care on the forthcoming 10-Year Cancer Plan
Putting plantain on the menu: the African and Caribbean Eatwell Guide
Exercise: always a pleasure, never a chore?
Following a vegetarian diet could lower cancer risk by 14%
Eating everyday ‘Cupboard Heroes’ can save your life

Are you being served … too much?

What does the delay to UK junk food legislation mean?

Putting plantain on the menu: the African and Caribbean Eatwell Guide