An inconvenient truth: alcohol and cancer 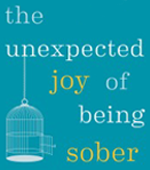 Catherine Gray is the author of The Unexpected Joy of Being Sober. She broke free from alcohol addiction in 2013. Here, she shares her views on the latest evidence linking alcohol and cancer, and who needs to take action.

It’s welcome news that Britain is starting to wake up to the unavoidable link between booze and cancer. The latest World Cancer Research Fund (WCRF) statistics show that 59 per cent of Brits polled identified a link between drinking alcohol and developing cancer, compared to 57 per cent in 2016 and 54 per cent in 2015.

But that still means that an astronomical 41 per cent of Brits, or around 27 million people, have no idea. No clue that their thrice-weekly trip to the pub increases their chances of battling cancer later in life. No notion that the bottle of red breathing by the fire could result in the pain and heartbreak of a cancer diagnosis.

The case for prevention

The other incredibly powerful revelation in WCRF’s newly-released global cancer prevention report is that drinking alcohol is strongly linked to stomach cancer. This makes a total of six cancers, since stomach cancer joins five others from WCRF findings from a decade ago; bowel (colorectum), breast (both pre- and post-menopause), liver, mouth and throat (pharynx and larynx) and oesophagus (squamous cell carcinoma).

Six cancers, now. And yet, I saw a greeting card yesterday that pictured a little girl and the slogan ‘When I grow up I want to be a binge drinker’. When are these constant pro-alcohol messages going to start being regulated? You would never see these messages circulating, with regards to any other drug.

The shift in public consciousness

When I quit drinking back in 2013, I simply did so because I knew that the bottle was ruining my life. It was only once I’d quit, and started researching the health impact of alcohol for my book that I unearthed shocking and mostly-buried facts about how dastardly alcohol is. It’s only recently, maybe in the past year, that the press is really starting to publicise these facts, and in doing so they risk annoying a key advertiser that bankrolls them; the alcohol industry. Every headline that criticises alcohol is an act of bravery by the editor of that newspaper.

We’re living in a watershed moment when it comes to awareness around alcohol. In many ways, this reminds me of the push-pull shift in public consciousness that happened around smoking, back in the 1950s and 1960s. People were still smoking on airplanes and in offices, yet research was being published showing the undeniable links between smoking and lung cancer. In 1965, the British government banned tobacco advertising on TV, and in 1971 health warnings began appearing on cigarette packets.

With booze, we’re going through the exact same tug-of-war between health experts and billionaire alcohol chiefs, right now. We’re inching towards change, if slowly. MPs, campaigners and health professionals are calling for a minimum price unit for alcohol across the UK, and for compulsory health-warning labels on bottles and cans, instead of  ‘drink responsibly’ warnings which put the onus on the drinker, rather than the product. However, the alcohol industry digs in its heels and drags its feet for as long as possible.

Ireland is confronting an inconvenient truth

Remember how surprised the planet was when Ireland, renowned as smokiest land of pub-goers, implemented the smoking ban first? Well, it looks like they’ll be a trailblazer in the alcohol realm too, rolling out ‘alcohol may cause cancer’ labels before any other country, despite thunderous dissent from alcohol producers. We salute you, Ireland.

The fact that alcohol causes cancer is an inconvenient truth, I know, but it’s one that we can no longer afford to ignore. And it’s something that the alcohol industry needs to confront too, even though it will undoubtedly shrink profit margins. Critics cry that health warnings on alcohol smack of ‘nanny state’ interference in private choices, but we need to know the potential consequences of what we’re putting into our mouths. That’s not a ‘nanny state’ approach; that’s a conscientious one.

While we’re at it, how’s about tackling the alcohol-glorifying greeting cards, with some new legislation? You would never see a greeting card saying ‘It’s important to get your five a day’ with five cigarettes beneath it, so why is it OK to illustrate that with five bottles of wine?

Our children are reading these messages, as well as us. I don’t want my five-year-old niece  to think it’s funny or cool to aspire to be a binge drinker, frankly. I want her to know about the unavoidable dangers, so that she can weigh up all of the pros and cons, and make a considered choice as to whether to take the health risk of drinking – or not.

Less survivable cancers and what can be done about them
A happy Christmas doesn’t have to be a boozy Christmas
Mouth cancer and what you can do to prevent it
Only 1 in 2 over-55s aware alcohol increases cancer risk
Are you being served … too much?