4 clever ways to get your children eating more fish 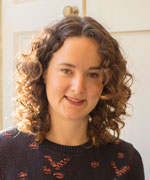 Rachel Clark, our Health Promotion Consultant, shares her tips to get children to eat more fish.

The smell of fish hangs over my childhood memories. Its omnipresent fug. Fish fingers? Yes! Any other type of fish? Absolutely not! Being a parent myself I know how draining it can be to get your children to eat healthily, especially foods with such strong smells. But it’s vitally important that children learn how to consume a balanced diet so it can stick with them as adults. We seem to be living in an age where unhealthy foods increasingly seem to be in proximity to everyone, especially children.

Children need about three meals a day and two or three snacks, but never insist or push them for a clean plate. Here are four ways to get the kids hooked on fish:

1. Don’t be pushy, but don’t give up! Young children are learning to assert themselves, and this involves making up their own minds about what they do – including what they eat.

Forcing fish on kids will only lead to more resistance, but don’t forget that it can take at least ten attempts before kids will try something new, so keep fish on the menu, and set an example by enjoying it in front of your children.

2. Distract children from their fad by making fish fun. Cut meaty fish into chunks and grill them as lollipops on the end on sticks, adapt our healthy fishcake recipe into mini fishballs or let kids make up their own fish tacos.

Anything that can be dipped into sauces or handled with fingers seems to be more enticing for young children!

3. Play it safe. Serving up your kids’ favourite types of food will make it easier to start adding fish into the mix.

Simply swap one ingredient for fish in the dishes they already enjoy, such as pasta dishes or sandwiches, or use fish as a pizza topping.

4. If all else fails, disguise it! It might mean some white lies are required, and it won’t help kids overcome their dislike for fish, but you will at least know they are reaping the health benefits.

Our own research found that nearly two thirds of Brits (64%) are eating fish only once a week or less. Even more worryingly, the survey found that those with children between the ages of 5-11 eat even less fish, with only 25% in this group having fish twice a week or more. People should aim to eat fish at least twice a week.

Making sure children are eating fish, which often contains omega 3 (essential for healthy brain development), vitamin D (vital for absorbing calcium and strengthening bones) and other nutrients such as protein, is an important part of a balanced diet.

> Check out our healthy fish recipes!

Breakfast: the most stressful meal of the day?
Looking behind food labels: an expert view on eating right
Following a vegetarian diet could lower cancer risk by 14%
Healthy living resources for children
Healthy fish and seafood recipes